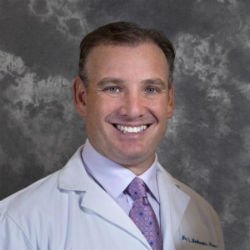 Marc Menkowitz, MD, has been appointed as “Best in Medicine” by the American Health Council. He brings nine years of experience in Orthopedics and Spinal Surgery to the healthcare industry. He has been an Orthopedic Surgeon at the Center for the Functional Restoration of the Spine for nine years, he is also the Co-Owner of this practice. He is clearly a top-runner in his field as he is successful in running his own medical center promptly after the completion of his fellowship.

Dr. Menkowitz first attended the University of Pennsylvaniabefore going to the Temple School of Medicine for his Medical Degree, where he developed his expertise in Orthopedics and Spinal Surgery. He graduated in 2000 then completed a Residency at the Monmouth Medical Center, which is one of the better-known programs in New Jersey. Following that, he accepted a Fellowship at the Spine Institute of New York at Beth Israel. Upon the completion of his fellowship in 2008, he moved back to Monmouth County in New Jersey and opened his clinic with one of his colleagues, who also trained through a fellowship.

Coming from a family of doctors, Dr. Menkowitz was influenced to join the medical field at a young age. He was an extraordinary athlete when attending school, mostly in football and ice hockey. He discovered his interest in orthopedics and spinal injuries while being involved in sporting events. His father, who was his biggest supporter and inspiration, became an excellent role model for Dr. Menkowitz. He attributes his success in his career to his father, who was also an exemplary doctor.

Each day, Dr. Menkowitz runs his practice with his partner, Dr. Steve Paragioudakis. Their practice focuses primarily on spinal care, although they do involve pediatric and general orthopedic care. Dr. Menkowitz also spends time at Monmouth University as an Associate Professor within their medical program.

Many honors have been given to Dr. Menkowitz, such as New Jersey Magazine’s Top Doc for five consecutive years and Proctor of the Year at Monmouth Medical Center in 2017. However, he considers being Board Certified as an Orthopedic Surgeon his greatest professional feat. He is a Board Member belonging to the American Board of Orthopaedic Surgeons and an active member of the New Jersey Orthopedic Society and the American Association of Orthopedic Surgeons which are establishments dedicated to the education on the advancements in orthopedic care. He was also honored by one of his patients, who had given his Purple Heart to Dr. Menkowitz after he tended to him.

However, Dr. Menkowitz’s greatest lifetime achievement is his family, which consists of his wife of fourteen years, Debra, and their three children; Max, Cooper, and Harper.

He also makes a strong effort to donate when he can to different charities and is one of the Board Advisors for the Runway of Dreams Foundation.

Dr. Menkowitz looks forward to expanding his practice regionally to multiple locations in Jersey. He hopes that by expanding, he and his staff will become even more dedicated to his patients and give them the ample time and care they deserve.

When he has free time, Dr. Menkowitz spends it with his “sports orientated” family. They enjoy playing ice hockey together and Dr. Menkowitz coaches youth football and lacrosse when they are in season.