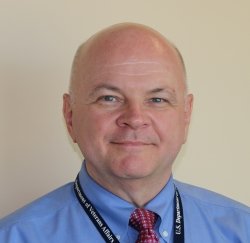 The American Health Council recognizes Mark R. Milunski, MD, FACC, FACP,  as “Best in Medicine” for his outstanding contributions to the medical field. Currently the Chief of Cardiology at the Orlando Veterans Affairs Healthcare System, Dr. Mark Milunski, manages the overall administration for the Cardiology Section while practicing clinical responsibilities, including general and consultative cardiology. While he has held his current role for three years, Dr. Milunski has spent 34 years in the healthcare industry garnering comprehensive skills and knowledge in education, evaluations, cardiology, internal medicine, heart failure and transplantation, echocardiography and nuclear cardiology. In addition to his role as Chief of Cardiology at the Orlando VA, Dr. Milunski is currently serving as Professor of Internal Medicine at the University of Central Florida College of Medicine.

Inspired by a cardiologist neighbor, Dr. Milunski decided to pursue a career in cardiology. After earning a bachelor’s degree in biology from Rensselaer Polytechnic Institute in 1976, he received a biology master’s degree from Wagner College in 1978. In 1984, he earned a medical degree from Albany Medical College and completed an internal medicine residency at Duke University School of Medicine in 1987. That same year, he began a cardiovascular disease fellowship at the Washington University in St. Louis School of Medicine, where he first performed basic research in ultrasonic tissue characterization of myocardium for two years before performing two years of clinical cardiology with an emphasis on heart failure and cardiac transplantation. After completing the fellowship in 1991, Dr. Milunski immediately began practicing his skills to launch a successful career.

After working in the private practice of Cardiology in Upstate New York, he joined the Florida Heart Group in the Florida Hospital Medical Group in 1993, became a partner in that practice and remained in that role for an impressive 21 years. In 2014, he decided to depart from a private practice setting and accepted a staff cardiologist position at the Orlando Veterans Administration Medical Center. He was later appointed Chief of Cardiology, where he now dedicates his time to crafting a new Cardiology Section in preparation for the center’s transition to the new tertiary care hospital in Lake Nona, Fl.

In his free time, Dr. Milunski enjoys spending time with his family, traveling, hiking and spending time outdoors. With a successful career at hand, he attributes his achievements to remaining focused on providing optimal patient care. He plans to maintain his success by expanding the Cardiology Section at the Orlando Veterans Affairs Medical Center.

Chief of Cardiology at the Orlando Veterans Administration Medical Center