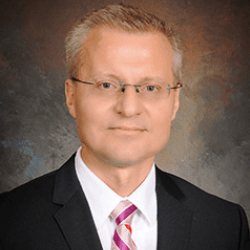 Matthias Kapturczak, MD, PhD is recognized by the American Health Council as “Best in Medicine” for his outstanding contributions to the medical field.

Currently the medical director of the Kidney and Pancreas Transplant Program at the Texas Transplant Institute and transplant nephrologist at the San Antonio Kidney Disease Center Physicians Group in San Antonio, Texas, Dr. Kapturczak oversees all nephrology and immunosuppression related issues at the Nation’s largest live donor kidney transplant program. While he has held his current role for 10 years, Dr. Kapturczak has spent over 25 years in the healthcare industry expanding his skills and knowledge in transplant nephrology and internal medicine as well and immunology related research.

A native of Poland, Dr. Kapturczak enrolled at and the Karol Marcinkowski Academy of Medical Sciences in Poland and, later, at the Free University of Berlin Medical School in Germany. After earning a medical degree in 1992, and a doctorate in medical sciences in 1994, he relocated to Florida to complete an internal medicine residency at the University of Florida. He remained at the institution to complete a nephrology fellowship and immediately established a strong foundation for his prosperous career by being appointed a faculty member at the Division of Nephrology at the University of Alabama at Birmingham, where he also completed his transplant training.

With a belief that transplantation is an optimistic career, Dr. Kapturczak served as a transplant nephrologist at the Texas Transplant Institute and chief of staff at Methodist Specialty and Transplant Hospital in San Antonio. He believes that his profession allows him to extend a patient’s life while giving him the opportunity to witness the generosity of the donors. Board certified in nephrology and internal medicine, Dr. Kapturczak has earned a reputation for excellence among his peers throughout his career.

Dr. Kapturczak was honored with the National Kidney Foundation Research Fellowship Award in 2002 and the Young Investigator Award from the National Kidney Foundation in 2007. He earned the Meaningful Use Stage 1 certification in 2012 and was named a Top Doctors of Southeast Texas in 2013. In 2017, he was named on the San Antonio Business Journal’s “Health Care Heroes” as an outstanding healthcare executive in a hospital-based setting. He won the Castle Connolly Top Doctor Award and the Vitals Patients’ Choice Award from 2011 to 2014 and 2016, the Vitals On-Time Doctor Award in 2014 and 2016, the Vitals Top 10 Doctor — Metro Area in 2014, the Vitals Compassionate Doctor Recognition from 2011 to 2014 and 2016 and the Vitals Top Doctor — State and City in 2014. To continue to evolve within his field, Dr. Kapturczak is an active member of several professional associations, including the American Society for Transplantation, the American Society of Nephrologists, the Southern Society of Clinical Investigation, the Transplantation Society and the International Society of Nephrology.

Among his many personal achievements, Dr. Kapturczak is trilingual in English, German and Polish. In his free time, he enjoys reading, playing guitar and flying radio-controlled airplanes. Additionally, he serves as a board member and past secretary of the State of Texas Kidney Foundation and is a member of the OPTN/UNOS Living Donor Committee. With a successful career at hand, he attributes his achievements to his love for his profession. He looks forward to continuing to prosper in his current role and would like to exchange ideas with other professionals to evolve in his field. 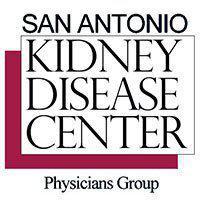