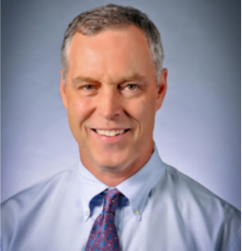 The American Health Council has appointed Michael Feltes, MD to its Board of Physicians for his outstanding contributions to the medical field.  Dr. Feltes is the founder of Mystic Geriatrics, LLC, a home visit based, concierge model primary care practice for the senior population of Southeastern CT and adjacent Rhode Island.

Dr. Feltes’s interest in medicine originated in childhood.  His grandfather, a physician in St Louis, allowed Dr. Feltes to accompany him on rounds in the hospital when he was young.  After earning his medical degree from Rush University in 1982, Dr. Feltes traveled to Boston for his residency in Family Medicine at Tuft’s New England Memorial Hospital.  Upon completion, he moved to Michigan to develop a rural primary care and nursing home practice for the National Health Service Corp.  It was there he discovered his love of caring for the frail and aging population. This led him to pursue additional training.  He entered the geriatrics fellowship program at University of Connecticut’s prestigious Center on Aging in 1988 and received board certification in Geriatrics upon graduation. Hospice and Palliative Care boards followed.  While serving on the faculty at the University of Connecticut School of Medicine & the Center on Aging, Dr. Feltes was appointed Medical Director of Uncas on Thames Hospital (at the time one of only 98 licensed long-term care hospitals). During this tenure, he published with University of Connecticut geriatrics and Yale University oncology research teams.  In 1994 he created Sound Seniors Geriatrics.  This practice grew to encompass ten nursing homes and three hospice organizations where he served as Medical Director. His team of geriatricians and Advanced Practice Nurse Practitioners cared for patients for twenty years until he sold the practice and created his third and current business venture, Mystic Geriatrics, LLC.

In 2015 Dr. Feltes was approached by a developing think tank of retired business, education and legal professionals to brainstorm about how to better serve the needs of his community’s aging population as they negotiated the sometimes rocky and stressful road of late life.  The group founded the non-profit Mystic Geriatrics Institute, which has hosted its first two educational and community-focused symposia, the “SeniorsStrong Summit”,  in May 2017 and June 2018. According to an article published in the Westerly (R.I.) Sun newspaper on May 7, 2017:  “The institute plays a key role in educating and collaborating with communities to ‘establish infrastructure and services that promote elder well-being’ and engage audiences through workshops and conferences.”

Dr. Feltes’ new practice, Mystic Geriatrics (www.mysticgeriatrics.com),  is a uniquely structured primary care medical practice dedicated to caring for the aging population (average age is 80).  Along with his geriatrics Nurse Practitioner, Dr. Feltes most often sees patients in their homes garnering invaluable clinical insights. The practice maintains several small offices as an option, but home visits alleviate the stress of getting to the office and eliminates the “clinic experience”.  He and his staff follow their patients as they transition to assisted living, nursing homes and hospital.  Dr. Feltes maintains that home visits not only provide an important comfort to his patients, but also serve to further assess overall functioning.  By assessing not only medical needs, but care-giving adequacy, safety, nutrition and other factors that impact a patient’s life, the practice is brought full circle, back to a time of full physician engagement in the community.

In an article in May 2017 in the New London (CT) Day newspaper, Dr. Feltes is quoted: “Spending 45 minutes to an hour with each patient, getting to know about their lives, assessing their mental as well as physical well-being, is a much more satisfying and ultimately effective way to practice geriatrics than the high-pressure pace of the office practices.  When I get an emergency call from a patient, I have a mental picture of that person in their home.”

Dr. Feltes’ care and advocacy for the geriatrics population extends into his involvement in professional organizations including the American Academy of Family Physicians, the American Geriatrics Society, and the American Medical Directors Association.  A Christian, he is a member of the Congregational Church of Salem, Wycliffe Bible Translators and Compassion International.  He loves swimming, bicycling, skiing and music.