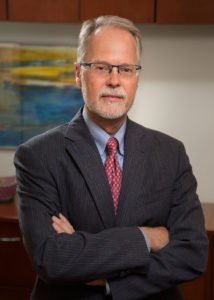 Dr. Michael Irwin, Director and Cousins Distinguished Professor of Psychiatry at UCLA Medical Center, has been recognized as a “Leader in Medicine” among “America’s Best Doctors” for 2017. He will be sharing his knowledge and expertise in the areas of Neuropsychiatry, Psychiatry, and Psychoneuroimmunology.

Dr. Irwin has been active in the healthcare industry for the past 35 years. He obtained his MD from the University of California, San Diego, in 1981, and completed his Residency at the UCLA School of Medicine in 1985. Dr. Irwin’s strong interest in behavioral health led him to his current profession. His day-to-day responsibilities include research regarding how inflammation can affect depression and the regulation of the immune system and oversight of a staff of 50 and a junior staff of 5 direct reports. He is also responsible for over $5 million worth of NIH funding.

Dr. Irwin attributes his success to luck and opportunity, hard work, being intuitive, attending and working for an excellent school, and the amazing support of his family. Among his many accomplishments, he is most proud of those that he has mentored and trained and their great success. He has been published in over 340 research articles, 2 books, and several yearly lectures. His long-term goals include establish primary care models for the underserved.

Charitable organizations he is involved with include UCLA, Cornell University, and University of Pennsylvania.

Dr. Irwin is proud to have had his research on Meditation published in the Los Angeles Times.