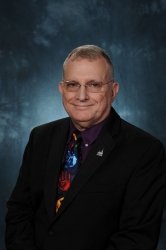 Michael Mahla, MD is selected by the American Health Council as “Best in Medicine” for his outstanding contributions to the medical field. As a professor and executive vice chair of the Department of Anesthesiology at Sidney Kimmel Medical College in Philadelphia, Pa. Dr. Michael Mahla oversees all clinical operations of the department. Since taking the executive vice-chair position in the department on July 1, 2018, he has provided knowledgeable input in Anesthesiology, Intraoperative Neurophysiologic Monitoring, and Neuroanesthesia. With 36 years of experience in the healthcare industry, Dr. Mahla is an invaluable medical expert.

After he enrolled at Davidson College in North Carolina, Dr. Mahla’s interest to pursue a career in the medical field blossomed. He received his bachelor’s degree in chemistry in 1975, and later pursued his medical degree at Jefferson Medical College (now known as Sidney Kimmel Medical College) of Thomas Jefferson University. After graduating from the latter in 1979, he joined the Medical Corps of the U.S. Army — a decision he is incredibly proud of — and completed his residency in anesthesiology at Walter Reed Army Medical Center in 1983. That same year, Dr. Mahla became a staff anesthesiologist at the facility, and remained there until 1988. His passion for education led him to become a faculty member in the Department of Anesthesiology at the University of Florida College of Medicine.  There he assumed roles including residency program director, Vice-Chair for Education, Vice-Chair for Clinical Affairs and finally,  associate dean for graduate medical education. His career there spanned more than 27 years, after which he accepted a position as professor of anesthesiology at Sidney Kimmel Medical College in 2015. He excelled immensely in the role, and ultimately became the executive vice chair of the anesthesiology department in early 2016.

His extensive educational training and years of experience launched Dr. Mahla’s career to success. As a board-certified anesthesiologist, Dr. Mahla credits his excellent mentors for supporting and guiding him through every professional achievement. During his prosperous career, he has published over 100 peer-reviewed publications, and delivered lectures at several medical forums. He received the Teacher of the Year Award in Anesthesiology and Critical Care from the Society of Neuroscience — a professional society that supports scientists and physicians whose research focuses on the nervous system and brain — in 2012. Dr. Mahla continues his quest for education by joining several associations, including the American Medical Association, the American Society of Anesthesiologists, the American Society of Neurological Monitoring, the Society for Neurosurgical Anesthesia and Critical Care, and serves as an associate examiner for the American Board of Anesthesiology.

Among an impressive repertoire of accomplishments, Dr. Mahla is a classically-trained pianist and tenor singer. He received a scholarship to study piano for three months at the Mozarteum University in Salzburg, Austria. His devotion to music led him to become the director of the Thomas Jefferson University Choir during his last two years in medical school, and he continues to enjoy his role as associate conductor and tenor in the choir today. In his free time, Dr. Mahla contributes his time and efforts to benefit the Church of Jesus Christ of Latter Day Saints. During his time in Florida, he served as the church’s Young Single Adult Branch president, and as a high councilor in the Gainesville Florida Stake of the Church of Latter Day Saints. Dr. Mahla’s positive work ethic and impressive resume will earn him the role of department chair in July later this year, a role he is proud to acquire. 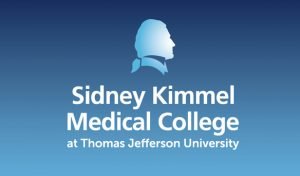 Anesthesia for the patient with a recently diagnosed concussion: Think about the brain!(Review)(Open Access)