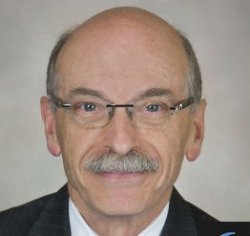 The American Health Council recently named Michael Savin, MD as Best in Medicine for his outstanding contributions to the medical field during an impressive 40-year career in the healthcare industry. As the Clinical Medical Director and Assistant Professor of Medicine at OHSU Knight Cancer Institute, Dr. Savin uses his clinical acumen to ensure that patients receive high-quality care. Throughout his career, Dr. Savin has garnered comprehensive skills in hematology and medical oncology through education, research and practice, making him an esteemed member of the medical field.

Bearing a passion to help others, Dr. Savin enrolled at the University of Pittsburgh to pursue a career in the healthcare industry. After intensive training and education, he earned a Medical Degree from the institution in 1969 with expertise in hematology and medical oncology, and immediately immersed himself in the medical field. His devotion to his career, his leadership and his ability to focus on myriad tasks led to a prosperous and fruitful career. As a board-certified physician by the Board Certification of Internal Medicine, Dr. Savin has provided optimal care and medical services to his patients throughout his career.

An accomplished physician, Dr. Savin’s professional repertoire contains numerous accolades that spotlight his passion and dedication for his career. He received the Golden Flea Award in 1982 for excellence in academic teaching and dedication to outstanding patient care from the Department of Medicine House Staff of Eastern Virginia Medical School and the Hands and Heart Award from the Administrator of Veterans Affairs in 1985. He was named on D Magazine’s “Best Doctors in Dallas” list for oncology in 1992, and later earned a spot on the list for eight consecutive years from 2001 to 2009; he was also named a “Texas Super Doctor” by the Texas Monthly Magazine from 2004 to 2007. His extraordinary proficiency in research and education earned him the Texas Medical’s Teaching Award for eight years from 2001 to 2009.

In his free time, Dr. Savin enjoys playing the guitar and expanding his skills on the instrument. His nurturing demeanor shines through his work with local homeless shelters and cancer centers. With a booming career at hand, Dr. Savin plans to maintain his success by educating the next generation of physicians. He plans to mentor and influence young doctors to improve the overall health and well-being of the population.