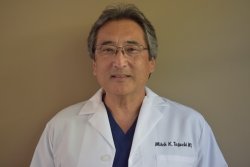 The American Health Council has appointed Dr. Mitchell Taguchi, MD as “Best in Medicine” for his outstanding contributions to the medical field. Currently serving as the medical director for the anesthesia department at Pacific Endoscopic Surgery Center in California, Dr. Taguchi ensures that all functions within the anesthesia department run effectively. While he has held that role for nearly two decades, he contributes extensive skills and knowledge in anesthesia care for gastrointestinal-related issues, urology, and colo-rectal surgery.

Dr. Taguchi decided to pursue a career in the medical field because he always wanted to help people as a physician. After rotating through the various fields of medicine during medical school, Dr. Taguchi decided to pursue anesthesia. He realized that the career allowed him the opportunity to work in an operating room and apply his skills as a critical care specialist. He completed his medical school training at the New York Medical College in 1995, and immediately began a surgical internship at Martin Luther King Hospital in Los Angeles. After completing his internship, Dr. Taguchi began his anesthesia training at Harbor UCLA in Torrance, California. Soon after, Dr. Taguchi transferred to UCLA Medical Center, where he completed his anesthesia residency in 2000.

Upon graduating from his anesthesia program, Dr. Taguchi started his private practice at Centinela Medical Center in Inglewood, California. Eventually, Dr. Taguchi landed at Pacific Endoscopic Surgery Center, where he currently serves as the medical director. He continues to perform his clinical skills as an anesthesiologist while also performing all the duties that his role as the medical director entails. He handles the schedule, oversees the clinic’s policies and procedures, and decides which cases are suitable for the center. With a prosperous career at hand, Dr. Taguchi attributes his successes to his training, great mentors, and established fellow anesthesiologists.

To continue to evolve with fellow medical professionals, Dr. Taguchi is a member of several associations, including the American Society of Anesthesia, the California Society of Anesthesia, and the Japanese Medical Association in California. He is also an active member of the Japanese American Cultural and Community Center, an ethnic arts and cultural center that encourages and showcases Japanese American arts and culture. Along with partaking in traditional Japanese culture, Dr. Taguchi enjoys traveling with his wife and family in his free time.

After spending more than 20 years in the healthcare industry, Dr. Taguchi plans to continue to remain up to date with evolving medical trends. He plans to continue to prosper in his career and thrive in his current role. After fully attaining his professional goals, he plans to retire in about 10 years.