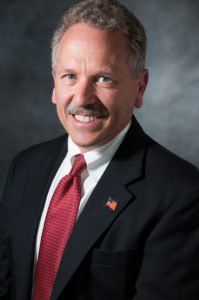 Dr. Kaye has been active in the healthcare industry for the past 32 years. His private practice focuses on forensic, adult, psychopharmacology, neuropsychiatry, geriatric psychiatry, and new drug research and clinical testing. He specializes in the diagnosis and management of complex psychiatric and neuropsychiatric conditions. He has over 30 years of experience doing clinical research, including evaluation and management of polypharmacy including drug-drug and drug-food interaction profiling, interpretation of chemical/lab results, cardiograms, genetic sampling, and ordering and interpretation of neuroimaging including CT, MRI, fMRI, SPECT, PET.

Dr. Kaye is a third generation physician and was inspired to follow in his father’s footsteps and pursue a career in Psychiatry. He received his MD from Albany Medical College in 1984 and completed his Residency at Albany Medical Center Hospital in 1987. He then completed a Fellowship in Law and Psychiatry at SUNY Upstate.

Dr. Kaye attributes his success to a strong work ethic, a passion for his work in the field of Psychiatry, and a belief in evidenced based practices. He has received numerous honors, including the Golden Apple for teaching, the Red Apple from the American Academy of Psychiatry and the Law and has been a 4-time winner of a Top Doctor Award from Delaware Today Magazine. His day-to-day responsibilities include the diagnosis and treatment of patients within all areas of Adult, Geriatric, and Forensic Psychiatry.

Dr. Kaye is the founder and past chairman of the Task Force on Psychopharmacology and the Law for the American Academy of Psychiatry and the Law, where has also served as a Councilor. He has delivered thousands of lectures in 49 states and internationally and has more than 60 peer-reviewed publications. He is a Past President of the Psychiatric Society of Delaware and currently sits on their Executive Council. He has been an advisor to numerous law enforcement and governmental agencies and remains active in promoting awareness of the interaction of mental health/substance abuse and behavior.

He has no plans of slowing down and expects to remain active clinically as well as legislatively to promote the appropriate care and treatment of people with mental illness and works diligently to break the stigma of mental illness.

Dr. Neil Kaye has been active in the healthcare industry for the past 32 years