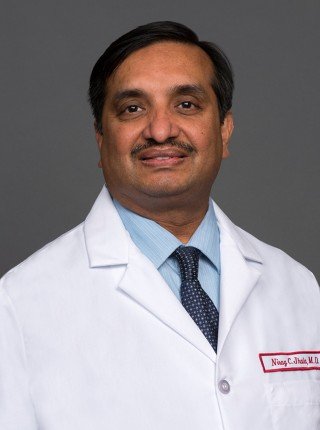 Dr. Nirag C. Jhala, MD has been warmly welcomed as “Best in Medicine” by the American Health Council for his contributions to healthcare as an accomplished, board-certified pathologist.

After completing his medical degree with Gujarat University in Ahmedabad, Dr. Nirag C. Jhala took residency in anatomic and clinical pathology, followed by a fellowship in cytopathology with the Allegheny University hospitals. To further expand his skillset and enhance his career, he accepted another fellowship in neuropathology with the Armed Forces Institute of Pathology. Through his comprehensive training and exceptional work as a pathologist, Dr. Jhala has attained a special certificate in cytology from the American Board of Pathology.

Dr. Jhala currently works as the Director of Anatomic Pathology at Temple University – a respected university with the principal goal of equipping their students with the skills and knowledge to secure highly sought-after positions on postgraduate programs throughout the nation. The university has received praise and recognition for providing exceptional medical care to an underserved community.

Dr. Jhala’s medical expertise encompass cytology, the pancreas, hepatobiliary, pathology, patient care, and Gastroenterology. His day-to-day responsibilities include performing his administrative duties related to his section, conducting diagnoses after acquiring samples from his patients and assessing the extent of surgery required for treatment. A key area of his role involves informing and developing unique treatment plans that effectively meet the needs of his patients.

A highly esteemed medical professional, Dr. Jhala’s responsibilities stretch beyond his clinical duties. He is also an educator with an abundance of peer-reviewed publications to his name. In 2003 he received the Outstanding Service Award from ALPNA in recognition of his work and is frequently invited to lecture at both national and international medical conferences and meetings, granting him a global reputation. Dr. Jhala has a number of professional associations, including the College of American Pathologists, the American Society for Clinical Pathology, the American Society of Cytology and the International Academy of Cytology, among others.

Growing up, Dr. Jhala was inspired by his father’s experiences as a pathologist and wished to embark upon the same path. It was always his desire to pursue a career in which he could help others and make a meaningful difference in their lives. Considering his achievements, Dr. Jhala believes his success arises from his unbreakable determination and a fiercely inquisitive nature. When faced with a question, he is fully committed to uncovering the answer.

In the next 5 years, Dr. Jhala looks forward to training the next generation of doctors. He plans to work closely with the Indian organization and plans to assist the Pediatric Pathology Department.

In his free time, Dr. Jhala enjoys travelling and taking photographs. He also lends his support to a number of charitable organizations.