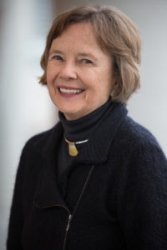 Dr. Pamela Stanley, Professor of Cell Biology at Albert Einstein College of Medicine and Horace W. Goldsmith Foundation Chair, has been appointed as “Best in Medicine” by the American Health Council. She will be sharing her knowledge and expertise in Glycobiology and Developmental Biology.

Dr. Stanley has been active in biomedical research for the past 42 years. She obtained her PhD in Virology and Biochemistry in 1972 from the University of Melbourne in Australia and did postdoctoral work at the University of Toronto supported by a MRC Fellowship.

Dr. Stanley has been Professor of Cell Biology at Albert Einstein College of Medicine for 30 years and Horace W. Goldsmith Foundation Chair for 12 years. Her day-to-day responsibilities include mentoring post-doctoral fellows and graduate students in investigations of roles for mammalian glycans in development, cancer, and Notch signaling. She also offers a graduate course in Glycobiology.

Albert Einstein College of Medicine is a premier, research-intensive medical school dedicated to innovative biomedical investigation and the development of ethical and compassionate physicians and scientists. Dr. Stanley takes great pride in being able to make a difference in the lives of post-graduate trainees at such a prestigious institution.

Dr. Stanley’s area of expertise is in diseases that stem from defects in the biosynthesis of glycans, often termed congenital disorders of glycosylation (CDG). Each disease is usually inherited and rare, but together the CDGs comprise mutations in more than 100 human genes. She has been supported by grants from the National Institutes of Health since 1980 and has also received grants from the American Cancer Society, the National Science Foundation and the Mizutani Foundation.

Dr. Stanley, whose interest in science began in high school, attributes success throughout her career to having a keen interest in understanding and discussing experimental details, being flexible, working hard, persevering, and sharing information and reagents with others. She is proud of the extensive research produced by the members of her laboratory on isolating and identifying biochemical and genetic bases of Chinese hamster ovary (CHO) cell glycosylation mutants, and in using these mutants, as well as developing mutant mice, to understand functions of of glycans in development and Notch signaling. Her current goals include determining roles for complex N-glycans in spermatogenesis, and for O-glycans in Notch signaling. She is on the Editorial Board of Glycobiology, Glycoconjugate Journal, F1000 Research Reports, Scientific Reports and FASEB BioAdvances. She is a member of AAUWA, NYAS, ASBMB, ASCB, and SfG, and is a past President of the Society for Glycobiology (SfG).

Dr. Stanley can converse in French. In her free time, she enjoys playing tennis and piano, swimming, and reading.