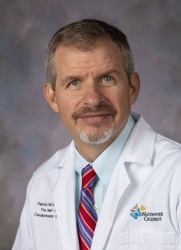 Patrick McConnell, MD has been warmly welcomed as “Best in Medicine” by the American Health Council for his outstanding efforts and contributions to the medical field.

An attending surgeon in the Department of Cardiothoracic Surgery at the Heart Center at Nationwide Children’s Hospital in Hillard, Ohio, Dr. Patrick McConnell, MD performs intricate, life-saving surgeries to ensure that each patient receives optimal care. While he has held that role for over seven years, he has spent over 18 years perfecting his skills and expanding his knowledge in cardiothoracic surgery, chest wall deformities, heart valve disease, congenital heart disease, heart transplantation, mechanical circulatory support surgery and medicine, making him an invaluable member of the healthcare industry.

After enrolling at Creighton University to pursue a bachelor’s degree, Dr. McConnell conducted research at a hospital to complete an assignment for a course. He immediately realized that he enjoyed studying and learning more about medicine and decided to pursue a career in the medical field. After graduating from the institution in 1994, he pursued a medical degree at the University of Nebraska College of Medicine. He graduated in 1999 and immediately secured an internship in general surgery at the University of Utah Hospital, which he completed in 2000. By 2002, he completed a residency at the latter, and a second residency at the Ohio State University Wexner Medical Center in cardiothoracic surgery. Dr. McConnell continued a rigorous educational academic pursuit by accepting a fellowship at the Oregon Health and Science University Hospital in 2007, and later, a second fellowship in congenital heart surgery at Nationwide Children’s Hospital in 2010.
His successful academic training and education led him to secure an attending surgeon position at Nationwide Children’s Hospital, where he now performs heart transplantations, mechanical circulatory support surgeries and pediatric and adult cardiothoracic surgeries. Additionally, Dr. McConnell performs research on mechanical supports and devices.

With an impressive repertoire of knowledge, skills and experience, Dr. McConnell is an asset to his field as he is board certified in surgery, congenital cardiac surgery and thoracic cardiovascular surgery. To ensure that he remains up-to-date with breakthroughs in his field — and to share his impeccable knowledge with other professionals — he is a member of several associations including the International Society for Heart and Lung Transplantation and the Society of Thoracic Surgeons.

Although he maintains an active schedule, Dr. McConnell sets time aside to contribute to several charitable organizations. He currently mentors high school students at three local high schools, he contributes to the Covenant House and the March of Dimes. He plans to continue to thrive in his profession by becoming more administratively involved with the community and the hospital. He would also like to become an associate professor at Ohio State University within the next five years.