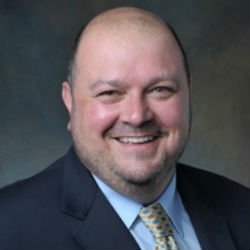 Peter Barry, DO, FACOI, CAQ-SM was recently named to the American Health Council’s Physician Board for his valuable contributions to the medical field. A physician at Summit Medical Group in Clark, N.J., Dr. Barry provides high-quality care to his patients. While he has held his current role for four years, he has spent the last 18 years expanding his skills in sports medicine, anxiety, internal medicine, diabetes, stroke, heart disease and patient care.

Dr. Barry’s professional aspirations stem from his childhood. While his father was a member of the New York City Fire Department, his mother was an obstetrics and gynecology physician. Together, they inspired him to pursue a career in medicine, specifically in a service-oriented profession. He enrolled at Dickinson College and earned a bachelor’s degree in anthropology. Immediately after graduation, he attended the New York Institute of Technology College of Osteopathic Medicine and earned a Doctor of Osteopathic Medicine degree in 1999. He put his skills to the test as he completed an internship, a residency and a fellowship at St. Barnabas Health Care System-Union Hospital.

His successful academic training led him to serve as a physician at Summit Medical Group, where he primarily focuses in internal medicine and primary care. Certified in medical acupuncture from the New York Medical College, and board certified by the American Osteopathic Board of Internal Medicine in primary care sports medicine, Dr. Barry’s patients — whose ages range from 14 years old to geriatrics — receive proper and efficient care. He educates patients on the prevention of heart disease, stroke, diabetes, and other illnesses, as well as sports medicine-related injuries such as broken bones and sprains. Additionally, he educates promising medical students as he is also an adjunct professor in the Department of Exercise Physiology at Kean University, and he is a team and school physician for the Cranford, N.J. school system.

His impressive professional repertoire includes serving as a clinical assistant professor of medicine at the New York College of Osteopathic Medicine and Touro College of Osteopathic Medicine, and he is an instructor of osteopathic and manipulative medicine at Overlook Medical Center and Trinitas Hospital. He was named chief resident at Union Hospital, he served as the former chair of the Patient Care Committee and was a fellow of the American College of Osteopathic Internists. To commemorate his outstanding skills in the academic and medical setting, Dr. Barry was awarded the Hospice Physician of the Year Award as well as the Best Teacher of the Year Award. In 2012, he received the Most Compassionate Physician Award, an accolade he is proud to hold.

To ensure that he remains current with evolving breakthroughs in the medical field, Dr. Barry is a member of several organizations, including the American Osteopathic Association, the American College of Osteopathic Internists, the American Osteopathic Academy of Sports Medicine and the Union County Osteopathic Society. With a successful career at hand, Dr. Barry ensures to preserve his optimism, a characteristic he credits to his achievements. He believes that because of his sense of strength to persevere in difficult situations, he has been able to build a strong career that gives him purpose. He plans to maintain his success by continuing to grow within a cutting-edge group.