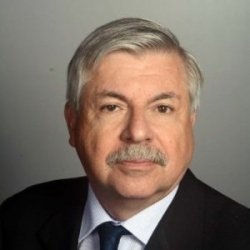 Dr. Peter Kador, Professor at the University of Nebraska Medical Center and President/CEO atTherapeutic Vision, Inc., has been appointed as “Best in Medicine” by the American Health Council. He will be sharing his knowledge and expertise in Healthcare Education, Workforce Development, Business, Leadership, Management, and Ophthalmology.

Established by Dr. Kador, Therapeutic Vision, Inc. focuses on the development of pharmaceuticals aiding the companion animal market along with their owner. With a team consisting of cataract development healthcare professionals, Therapeutic Vision, Inc. provides contract toxicological research services evaluating the effects of drugs on lens opacity and cataract formation.

Dr. Kador’s day-to-day responsibilities include data analysis, grant writing, strategic planning, management, and clinical research. He attributes his successful career to having a passion for the field along with hard work and good mentors. He is a Fellow of the American Association of Pharmaceutical Scientists and a Fellow of the Association for Research in Vision and Ophthalmology, as well as President, Treasurer, and Trustee of the Association for Ocular Pharmacology and Therapeutics.

Dr. Kador was the youngest researcher to be appointed to the permanent research staff (1979) and subsequently retired in 2002 as Chief of Ocular Therapeutics from National Eye Institute, National Institutes of Health. He established the German-American Golf Tournament in Washington, D.C. (1995-2002) and was President of the Washington Saengerbund for 12 years.

In his free time, Dr. Kador enjoys golf and music.

Professor at the University of Nebraska, Department of Pharmaceutical Sciences