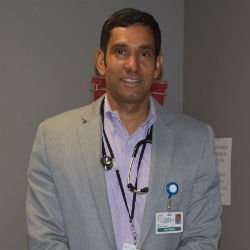 The American Health Council acknowledges Board-Certified Pediatrician Raul Almanzar MD, FAAP for his contributions to the medical field as one of “America’s Best Doctors.” Throughout Almanzar’s two-decade-long career, he has developed unique expertise in several medical specializations, including Pediatrics, Infectious Disease, and Dermatology. The American Health Council proudly recognizes Dr. Almanzar’s commitment to improved human welfare and promotion of a patient-centered approach to clinical care.

Dr. Almanzar’s parents instilled a strong value for education throughout his upbringing. He became involved in pediatrics after discovering a love for working with children during his internship in the Dominican Republic. At that point, Dr. Almanzar realized a passion for helping children and other vulnerable populations and decided to devote his substantial scholarly potential to the pursuit of a medical degree. With a natural academic prowess and the never-ending support of his parents, Dr. Almanzar excelled in his educational pursuits graduating at the top of his class. He graduated magna cum laude from Universidad Autonoma de Santo Domingo with an MD in 1992. Next, he completed his residency in pediatrics at UMDNJ Hospital in Newark, New Jersey. He received Honors in Hospital Clinic for his exceptional work during his residency.

In 2001 Dr. Almanzar cofounded Passaic Pediatrics II to emphasize preventative medicine, lead a team of well-chosen clinicians, and provide pediatric service to the local community in Passaic, New Jersey. Since its founding sixteen years ago, Passaic Pediatrics has flourished, welcoming at least nine new clinicians to the practice.  Dr. Almanzar harnesses his passion for pediatric medicine to listen to young patients and involve them in their medical care. He promotes patient autonomy in their own healthcare decisions and provides the most effective treatments to his young patients. Outside of patient care, Dr. Almanzar primarily works in parent education to prepare these parents to make informed, healthy decisions for their children. In an effort to explore barriers to healthcare access and delivery for underserved populations, Passaic Pediatric II provides same-day appointments, which avoids unnecessary visits to the emergency room. With a healthcare system that leans on legislation like EMTALA to provide non-urgent primary care, American Health Council applauds Dr. Almanzar for his decisive, innovative approach to healthcare administration in the United States.

A visible leader in the healthcare industry, Dr. Almanzar is a fellow of the American Academy of Pediatrics (FAAP) and maintains an affiliation with the American Medical Association. Additionally, he was awarded a Chairmanship of Unidos Por La Salud. In the next few years, Dr. Almanzar will continue his involvement in both clinical and administrative duties. Eager to share his valuable expertise, Dr. Almanzar would like to focus on educating medical students in the future.

In his free time, Dr. Almanzar volunteers with Alzheimer’s Association and Unidos Por La Salud, upholding the altruistic values at the heart of medicine. Dr. Almanzar prides himself on the mission work he performed in the Dominican Republic. When he isn’t donating his time and resources to charitable medical organizations, Dr. Almanzar enjoys spending his time outdoors jogging and bicycling. The American Health Council is proud to welcome Dr. Almanzar’s medical integrity and innovative healthcare vision to its board of Physicians.