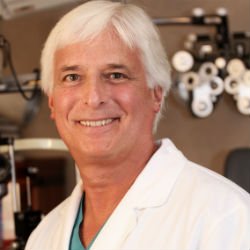 Dr. Richard S. Casden, Senior Surgeon/Founder at Acuity Eye Care and Medical Director at Wilton Surgery Center, has been selected to join the Physician Board at the American Health Council. He will be sharing his knowledge and expertise in Ophthalmology and Intraocular Surgery.

With over four decades of experience in the field of Ophthalmology and Intraocular Surgery, Dr. Casden offers valuable insight in his role as Senior Managing Partner/Director at Acuity Eye Care and Medical Director at Wilton Surgery Center. In his current capacity as the Senior Surgeon/ Founder at Acuity Eye Care, Dr. Casden manages the operations of a multi-specialty ophthalmology practice. As the Medical Director at Wilton Surgery Center, he oversees all aspects of clinical care in a multi- specialty ambulatory surgery center that performs over 10,000 procedures per year.

A knowledgeable and experienced physician, Dr. Casden possesses a board certification in ophthalmology by the American Board of Ophthalmology and is a Fellow of the American Academy of Ophthalmology. Following graduation magna cum laude with a Bachelor of Art degree from Williams College in 1971, Dr. Casden earned his medical degree from Columbia University College of Physicians and Surgeons in 1975. He then served a one year internship at the University of Virginal Hospital. In 1976, Dr. Casden began a three year residency in ophthalmology at Yale University School of Medicine. It was there that he became involved with Yale’s first intraocular lens implant which sparked his interest in this burgeoning technology. In his final year he was selected to serve as Chief Resident in Ophthalmology.

Dr. Casden’s scope of practice includes anterior segment ocular disease.  He specializes in microsurgery and laser for cataracts and intraocular lens implantation (IOL).  In 1998, he became one of the first ophthalmologists in Connecticut to implant the original FDA approved multifocal IOL.  This landmark lens implant allowed patients to focus at both distance and near following cataract surgery.  Since that time, Dr. Casden has developed extensive experience in these Advanced Technology Intraocular Lenses (ATIOL’s) for the correction of astigmatism and presbyopia thereby reducing patients’ dependence on eyeglasses following cataract surgery.

In retrospect, Dr. Casden attributes his success to his work ethic and keen eye for detail. As a second-generation doctor, he became a physician after being inspired by his father, a pediatrician who encouraged him to specialize in ophthalmology.

Amassing four decades of expertise in the field of Ophthalmology and Intraocular Surgery, Dr. Casden has been the recipient of the “Knights of the Blind” Award by the CT Lions Eye Research Foundation, Melvin Jones Fellowship Award from Lions Club International (Danbury, CT), and named “Physician VIP of the Year” by the Hospital News of CT (1990). His non-fiction short stories and essays were accepted for publications in medically related magazines (Medical Economics, Journal of the Connecticut State Medical Society). In his capacity as the Physician Chair of Steering Committee of Danbury Hospital Development Fund, Dr. Casden helped to establish the Duracell Ambulatory Surgery Center, Danbury Hospital’s first ASC facility. Additionally, he was instrumental in the development of ophthalmology services at the Wilton Surgery Center and played a vital role in the acquisition of femtosecond laser technology as an adjunct to cataract microsurgery. Most recently, he helped inaugurate the installation of the ORA intraoperative aberrometer to enhance the accuracy of the IOL selection in cataract surgery.

Dr. Casden’s commitment to the field has led to notable leadership positions such as: Lifetime Member of Lions Club International, President Club Member of Danbury Hospital’s Development Fund, and Charter Member of the United Way Leadership Giving. Previously, he served as a Member of the Board of Directors at Danbury Hospital (1990-1992), Physician Chair of the Campaign Steering Committee for Duracell ASC, Chairman of the Healthcare Division of the United Way Campaign, and a Member of the Scientific Advisory Board of Juvenile Diabetes Foundation. He has served as President of the Danbury Medical Society and the Yale Alumni in Ophthalmology. Dr. Casden is actively involved in serving as expert witness in ophthalmology-related medical malpractice cases, representing both plaintiff and defendant.

In his free time, he enjoys hiking, gardening, golfing, collecting antique autographs, creative writing, and photography although his favorite pastime is chasing after his twin granddaughters. Dr. Casden is most proud to have raised his three terrific children deferring most of the credit, however, to his wonderful wife.

Considering the future, Dr. Casden hopes for continual career growth in his practice.