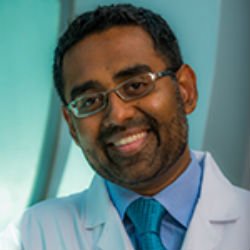 The American Health Council honored Rohan A. Joseph, MD, FACS as “America’s Best Doctor” for his contributions to the medical field. A clinical assistant professor at Florida State University College of Medicine and surgeon at Capital Regional Surgical Associates in the Hospital Corporation of America network in Tallahassee, Fla., Dr. Joseph performs gastrointestinal surgery and operations. Throughout his 18-year career, he has garnered comprehensive skills and knowledge in gastrointestinal surgery, weight loss surgery, endocrinology and breast oncology, and has performed dozens of successful procedures that improve his patients’ health and well-being.

An India native, Dr. Joseph earned a bachelor’s degree in 1998 and a medical degree from the University of Mumbai in 2003. He relocated to the United States where he completed a research fellowship in the molecular mechanism of alcoholic liver disease at the Catholic University of America in 2007. He later completed a general surgery residency at the Houston Methodist Hospital in the Texas Medical Center in 2013 and a two-year research fellowship at the Methodist Institute for Technology, Innovation and Education.

Throughout the course of his career, Dr. Joseph worked in computational surgery and partnered with industry professionals to test innovative surgical techniques for minimally-invasive surgery. His extensive skills earned him various accolades, including the American Award of Excellence in Research from the Houston Surgical Society, as well as placing first in the American College of Surgeons Surgical Jeopardy competition, South Texas chapter. Dr. Joseph was inducted as a fellow of the American College of Surgeons in 2016 and serves on the Society of American Gastrointestinal and Endoscopic Surgeons’ Humanitarian and SMART (Surgical Multimodal Accelerated Recovery Trajectory) Task forces. He serves on the Capital Medical Society board in Tallahassee and serves as the alternate delegate to the Florida Medical Association.

In his free time, Dr. Joseph enjoys horseback riding and spending time with his family. He contributes funds and time to volunteer work at his local church and performing medical mission trips to India, Kenya and Bolivia. With a successful career at hand — one that he attributes to his faith and support from his parents — Dr. Joseph plans to continue to work on improving healthcare legislature policies and increasing his collaboration with the associations he is affiliated with, including the Houston Surgical Society, the Capital Medical Society, the Florida Medical Association and the American College of Surgeons. 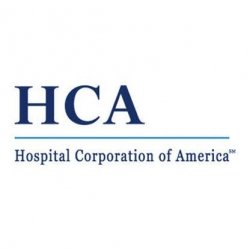 Claire Osborn-White, DO
Scroll to top