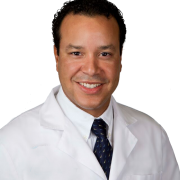 The American Health Council is proud to honor Rolando Rivera, MD as “Best in Medicine” for his outstanding contributions to the medical field. A urologist at the Advanced Urology Institute in Naples, Florida, Dr. Rivera provides high-quality care to each patient he treats. While he has held that position for over four years, he has spent the last 13 years expanding his skills and knowledge in urology, female pelvic medicine, reconstructive surgery and urology surgery.

Since first learning about the surgical field, Dr. Rivera’s interest in becoming a surgeon heightened over time. He eventually developed an interest in the field or urology, which led him to enroll at the University of Puerto Rico — Medical Sciences Campus. After earning a bachelor’s degree in 1992, he earned a medical degree at the same institution in 1996 with Magna Cum Laude honors. That same year, he won the university’s Leadership Award. He later completed an internship at the Brooke Army Medical Center in Fort Sam Houston, Texas in 1997. He served on active duty in the US Army and a medical officer. After his Honorable discharge he went on to complete a residency at the University of Florida Shands Medical Center in Gainesville, Fla., in 2005. Dr. Rivera completed a fellowship in female urology, reconstructive pelvic surgery and urodynamics at the University of Miami in 2006. He is also Board certified in Female Pelvic Medicine and Reconstructive Surgery.

Dr. Rivera’s medical journey includes serving as a staff physician in the Bayne-Jones Army Community Hospital Emergency Department in Fort Polk, La., serving as a contract physician at The Schumacher Group in Beauregard Community Hospital in DeRidder, La., and a staff physician at the 121st General Hospital Emergency Department in Seoul, Korea. Eventually landing at the Gulfshore Urology, a Division of 21st Century and now with Advanced Urology Institute he now practices general urology, reconstructive surgery, seeing patients and administrative work. To ensure that his patients receive high-quality care, Dr. Rivera uses current technology to treat urinary incontinence and vaginal prolapse, and is credited as being one of the first surgeons in Southwest Florida to use the da Vinci Robotic Approach to repair vaginal prolapse by using a minimally invasive approach that is controlled by the surgeon from a console, a technique he is proud to successfully execute. Additionally, Dr. Rivera aids men and women by treating overactive bladder and urinary incontinence.

Dr. Rivera holds myriad accolades and honors, including being named president of the Florida Urological Society, and named the Gerald P. Murphy Scholar in urology. Dr. Rivera belongs to the Alpha Omega Alpha Medical Honor Society and the American Board of Urology. In his free time, he enjoys traveling and exploring the surrounding Florida area, as well as contributing his time to the Bonita Springs Rotary Club. With a successful career at hand, Dr. Rivera looks forward to continuing to grow his practice and expand his skills to treat each patient that seeks help.

Urologist at the Advanced Urology Institute