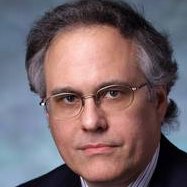 The American Health Council has cordially invited Dr. Ronnie Mease, Ph.D as “Best in Medicine” Dr. Mease has been recognized in the field of Organic Chemistry, having amassed over 32 years of experience.

Dr. Mease focused his studies in Organic Chemistry, first enrolling at Kutztown University of Pennsylvania where he received his BS in 1978. It was following on from this achievement that Dr. Mease excelled in his academic career to attain his Ph.D, graduating from Seton Hall University in1984.

In his current capacity, Dr. Mease has fulfilled the role of Associate Professor and Researcher of Radiology and Radiological Science at the John Hopkins University for the past 15 years. Displaying advanced expertise in Organic Chemistry, Dr. Mease is also recognized for his work in Radioactive Pharmaceutical Design, Synthesis and development for imaging or radiotherapy. In his daily role, Dr. Mease is known to write grant proposals, hold discussions on Radioactive pharmaceuticals and molecule labeling. His responsibilities also include pre-clinical and translational cancer research studies.

John Hopkins University is driven by the encouragement of research and the advancement of individual scholars. As a world leader in teaching and research, distinguished professors share their knowledge and discoveries to help make the world a better place and mentor students in their craft. Those same faculty members, and their colleagues at the university’s Applied Physics Laboratory, have made John Hopkins University the nation’s leader in federal research and development funding every year since 1979, keeping the reputation of America’s first research university intact.

Looking back at his outstanding career to date, Dr, Mease is proud to have written over 80 research publications as well as having his work recognized and funded by respected bodies such as the National Institute of Health, National Cancer Institute and U.S. Department of Defense.

Attributing his success to his extraordinary work ethic, Dr. Mease is honored to have been awarded for his contributions to the medical industry.

In a continued effort to broaden his knowledge, Dr. Mease maintains membership with numerous professional associations including: the American Chemical Society, the John Hopkins Kimmel Cancer Center, the Society of Nuclear Medicine and Molecular Imaging, and the Department of Oncology.

Looking to the future, Dr. Mease aspires to continue growing in his research efforts. In his time away from work, Dr. Mease enjoys spending time outside tending to his garden.