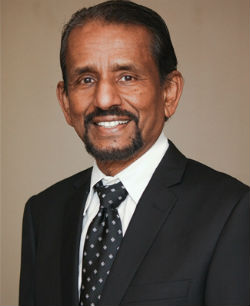 The American Health Council has proudly appointed Dr. Selva Ganesh as “Best in Medicine” in recognition of his outstanding contributions to the field during his illustrious career, which spans almost five decades.

Dr. Ganesh obtained his MD from the University of Peradeniya Faculty of Medicine, furthering his training with an internship at Somerset Medical Center and a residency at Women & Infants Hospital. He then embarked on his long-standing career in healthcare, where he has continued to excel at every stage, working his way up the ranks through what he describes as ‘natural progression’.

For the past ten years, Dr. Selva Ganesh has worked as a Clinical Coordinator and Assistant Professor within his own private practice, demonstrating particular expertise in General Medicine, Obstetrics and Gynecology. With a clear focus on education, research and patient care, the esteemed doctor’s day to day responsibilities include hosting lectures once a week on OB/GYN, attending to high risk patients and overseeing protocols in the emergency obstetrics.

Outside of his day job, Dr. Ganesh dedicates his time and expertise to several charitable organizations. His work includes being involved in the High Risk Obstetric Surgery at
Bethesda Memorial Hospital, which he finds extremely rewarding.

Looking back at his fruitful career to date, Dr. Ganesh attributes his success to his hard work and dedication in his field. With no signs of slowing down, Dr. Ganesh hopes to be able to continue making a difference to lives of his patients for as long as he is physically able to.