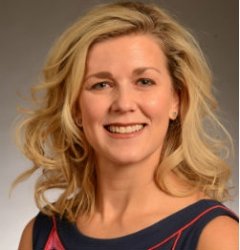 Shannon Standridge, DO, MPH is named to the American Health Council’s Physician Board. As an associate professor of pediatrics and neurology at Cincinnati Children’s Hospital Medical Centerin Cincinnati, Ohio, Dr. Standridge provides excellent knowledge and comprehensive skills in whole person care, knowing her patients and child neurology. She has spent 16 years perfecting her skills in the healthcare industry and continues to apply her outstanding medical abilities to her current role, which she has held for two years.

Her drive to make the world a better place led her to enroll at Kansas City University of Medicine and Biosciences where she earned a Doctor of Osteopathic Medicine degree in 2002. She completed a residency in pediatrics at Nationwide Children’s Hospital in Columbus, Ohio in 2004, and was offered a fellowship in neurology at the hospital, which she completed in 2007. She soon completed a second fellowship in neurophysiology at Cincinnati Children’s Hospital Medical Center in 2008. That same year, she earned her master’s degree in public health from the Ohio State University College of Public Health.

Throughout her academic pursuit, Dr. Standridge aimed to make an imprint on others’ lives. Having already completed a fellowship at Cincinnati Children’s Hospital Medical Center, Dr. Standridge became heavily involved in the hospital, serving as co-director of its Rett Syndrome Clinic, and an epilepsy specialist in the Division of Neurology. While working in child neurology, she spends 60 percent of her time performing clinical work and spends the rest conducting research. In conjunction with other physicians, she has published research pieces that focus on epilepsy and other medical topics.

She attributes her booming career to her mentors, Dr. Warren Lo, Dr. Steve Rooch and Dr. Ann Tilton, as well as her family who guided and supported her throughout her rigorous academic and medical training. To complement her successful career, Dr. Standridge has joined several organizations including the Child Neurology Society, Southern Pediatric Neurology Society, American Osteopathic Associationand the Cerebral Palsy Society.

Her charitable nature has led to host and donate to several local drives, as well as participate in school and sports activities. She maintains an active lifestyle and is proud to have completed the Ironman triathlon in Hawaii. In her free time, she enjoys renovating houses and attending pop, classic and old rock concerts with her husband. She plans to continue to push her research programs forward and focus on spectrum disorders in the future.