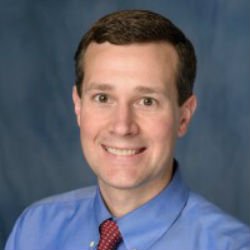 The American Health Council is proud to elect Vandy Black, MD, MSc, Director of the Pediatric Sickle Cell Disease Program at the University of Florida Health, as “Best in Medicine.” He has spent the last fourteen years within his profession and the last two doing extensive research in Pediatric Hematology and Oncology. Dr. Vandy Black acquired an expertise in Sickle Cell Disease in Pediatrics and in Clinical Care with a focus on pain management and the transitional period from adolescence to adult care.

Dr. Black attended the University of Alabama, School of Medicine and graduated in 2003 with his Medical Degree. He went on to complete his residency and his fellowship at that same institution. His decision to register at John Hopkins led to the completion of his Master of Science Degree in 2014 and there he continued his fellowship in Pediatric Hematology and Oncology Clinical Investigations. During his fellowship, Dr. Black focused his time on a clinical research project related to better understanding pediatrics in chronic pain. He was fortunate enough to align himself with highly successful individuals and he credits his success to their time spent together. The pediatricians he worked with inspired his clinical work in pediatric hematology and oncology.

The University of Florida Health is known for having some of the top faculty in the entire country, including Dr. Black. He is the current Director of their Pediatric Sickle Cell Disease Program. Their combination of having a strong dedication to research and an exceptionally collaborative environment transforms any potential findings into extraordinary results. Dr. Black prides himself on his contribution to his institute’s reputation and continues to strive for excellence.

His day-to-day responsibilities include spending hours in the clinic caring for his patients and involving himself in teaching, doing administrative work, and researching which includes working on his Direct Sickle Cell Disease Project and testing out new treatments.

Being an accomplished practitioner, Dr. Black has had many professional achievements such as acting as Chair of the American Society of Pediatric Hematology/Oncology and being on the Professional Development Committee for Early Career Programs. He also received an award for Medical Excellence in Pediatrics, as well as various teaching awards and recognition throughout several professional organizations.

His personal achievements include his collaboration in the development of the New Adult Sickle Cell Program in Louisiana. Dr. Black is also proud to have been part of the processing mechanism to improve system based care from 2012 to 2014.

Within the next five years, Dr. Black wants to collaborate on other projects which could lead to him becoming the Leader of Care in the Sickle Cell Center of Excellence. He wishes to provide more comprehensive care for every patient and dedicate his hard work toward finding a better way to treat or even cure Sickle Cell Anemia.

In his free time, Dr. Black enjoys spending time with his family and taking part in outdoor activities such as running and biking. He also enjoys reading.

Sharon Gertzman, DO
Scroll to top