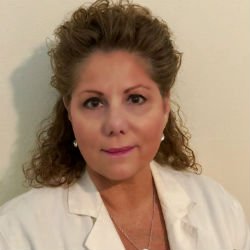 Ms. Veronica Stephan Alessandroni has been cordially welcomed onto the Board of Physicians for the American Health Council, in recognition of an impressive four decades of service to the healthcare sector.

Ms. Stephan Alessandroni has accumulated over 42 years’ experience in the healthcare field, with 29 years as a certified physician assistant. Her depth of expertise in the field has allowed her to consistently exceed the expectations of others, excel professionally and provide outstanding advice and care to patients. She held her most recent position at the H. Lee Moffitt Cancer Center for over 15 years.

Having begun her impressive career as a quality control lab technician, she moved to Sandpoint, Alaska, to take on a position as a lab technician in quality control for a seafood company. Ms. Stephan Alessandroni quickly progressed in the company to the level of controller. She had a longing to return to her health care roots and became a Community Health Practitioner. Community Health Practitioners are trained like PA’s to provide health care in remote Alaskan villages, allowing Ms. Stephan Alessandroni to gain extensive and varied medical skills. Whilst working in the clinic she met 3 military PA’s who were on their way to Dutch Harbor, Alaska – they encouraged and mentored her to apply to the Medex NW PA program at the University of Washington in Seattle. Ms. Stephan Alessandroni went on to achieve a PA-C in Physician Assistant Studies from the University of Washington School of Medicine in 1989.

During the early stages of her career as a Physician Assistant, Ms. Stephan Alessandroni had the opportunity to work at the Fred Hutchinson Cancer Research Center during the early stages of Bone Marrow Transplant. Among her many achievements, Ms. Stephan Alessandroni was involved in the cutting edge technology and treatments in bone marrow transplants during its infancy which enabled the healthcare professional to work alongside Nobel Prize recipients – a poignant moment in her lifelong career. The PA’s at FHCRC were held to extremely high standards, allowing them to provide the utmost best in patient care and further igniting Ms. Stephan Alessandroni’s passion for her role.

Ms. Stephan Alessandroni started working at the H. Lee Moffitt Cancer Center in 2001 and quickly progressed to her position as the lead BMT PA, using her previous experience as a PA in Seattle to strengthen her expertise. After a year, she was the successful applicant for the program administrator and manager role, taking on the responsibility of managing 40-50 PA’s, ARNP’s and CRNA’s. She maintained and developed the program from 2003-2007, ensuring high care standards and outstanding organization. Ms. Stephan Alessandroni decided to change her focus back to delivering direct patient care, leaving her position to take up a new position with the vascular access device service. In this new role she placed chemotherapy medi-ports and central venous catheters. The service moved from under General Surgery to Interventional Radiology in July of 2012. In Interventional Radiology she expanded her procedural duties to included radiologic procedures.

The acclaimed physician assistant was also nominated yearly from 2007-2015 as PA of the year at H. Lee Moffitt Cancer Center as well as being inducted to the Who’s Who in Medicine 2007 and 2008 editions. Ms. Stephan Alessandroni continues to strengthen her knowledge and education through her professional associations with the American Academy of Physician Assistants, NCCPA and FAPA. Moreover, she maintains a consistent dedication to charitable causes, with affiliations with the Parkinson and MSA Disease Society and the Leukemia and Lymphoma Cancer Society.

Ms. Stephan Alessandroni’s success stems from a love for what she does, particularly in the area of surgery, and performing a variety of medical procedures. Over the next five years she plans to explore and be open to new opportunities in medicine.

Outside of her medical expertise, Ms. Stephan Alessandroni owns an antique jewelry business that she would love to expand in the future. She also likes fossil hunting and has found a mastodon tooth, a tooth from a prehistoric saber-tooth tiger and megalodon teeth. Her passion for art and for fossiling makes up her free time, allowing her to enjoy hobbies outside of her impressive medical career. She also has 3 children and 4 grandchildren and she enjoys spending her free time with them.